Oscar Tarpey is in the prime of life. Aged just 21, he is looking forward to many years of good health and happiness.

Yet four weeks ago, the insurance worker from Cheltenham, Gloucestershire, did something that could seriously jeopardise that.

He volunteered to risk his own life by signing up to clinical trials for a vaccine to prevent coronavirus, using a highly controversial method called the challenge study technique.

This involves injecting human guinea pigs with an experimental vaccine and then doing the unthinkable: deliberately infecting them (and ‘challenging’ their immune systems) with the lethal virus that has so far killed more than 40,000 people in the UK, to see if the jab can stop them becoming ill. 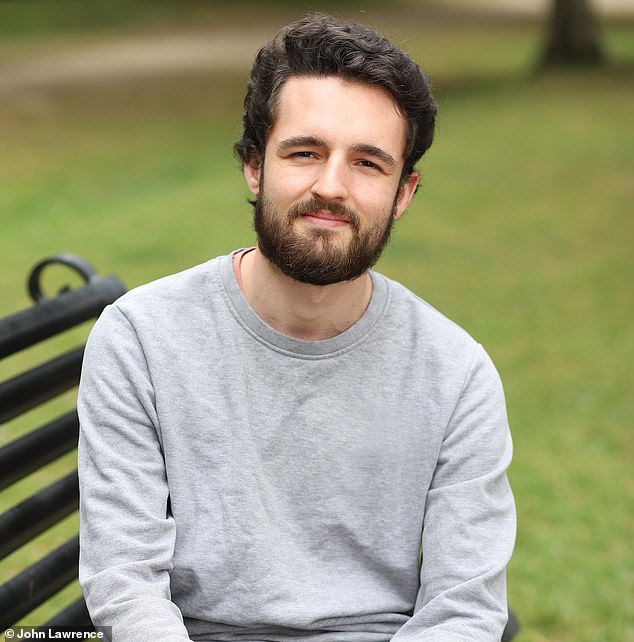 Four weeks ago Oscar Tarpey (pictured), 21, an insurance worker from Cheltenham, Gloucestershire, volunteered to risk his own life by signing up to clinical trials for a vaccine to prevent coronavirus

None of the 100 or so Covid-19 vaccine trials under way globally is using the challenge study technique as it’s considered too dangerous with this infection.

But some experts are calling on governments around the world to sanction it, as it could drastically reduce the time it takes to develop an effective vaccine. If challenge studies get the green light, it’s possible they could run alongside any other vaccine trials.

‘I know I could die,’ says Oscar. ‘But I feel like I have a moral obligation to try to help, especially if it speeds up the development of a vaccine that could help millions.’

Nearly 30,000 people from more than 100 countries — including 400 from the UK — have so far volunteered to take part in challenge studies, according to 1 Day Sooner, a website set up in April by New York-based lawyer Josh Morrison to create a database of volunteers ready and willing to put themselves in danger if the trials get the go-ahead. There’s no financial incentive: the volunteers do it out of good will.

Normally, when a new vaccine is developed, scientists inoculate hundreds, sometimes thousands, of healthy participants, and then wait to see if they catch the virus in the community.

But as infections dwindle, the chances of a vaccinated volunteer coming into contact with someone who is infectious decline significantly, making it more difficult to test if the vaccine works.

Challenge studies could change all that. A volunteer would be immunised with one of the Covid-19 vaccines now being trialled. Then, some weeks later, in a secure hospital setting, they would be deliberately exposed to the virus, most likely by inserting samples into their nose or mouth.

It then becomes a waiting game to see if the volunteers develop a potentially life-threatening infection, or whether the vaccine keeps them safe as hoped.

Experts think any successful Covid-19 vaccine may be like the flu vaccine in that it may prevent infection in some people, while reducing the severity of the infection in others.

A challenge study is a gamble. But it means scientists may get results in days, rather than weeks or months. 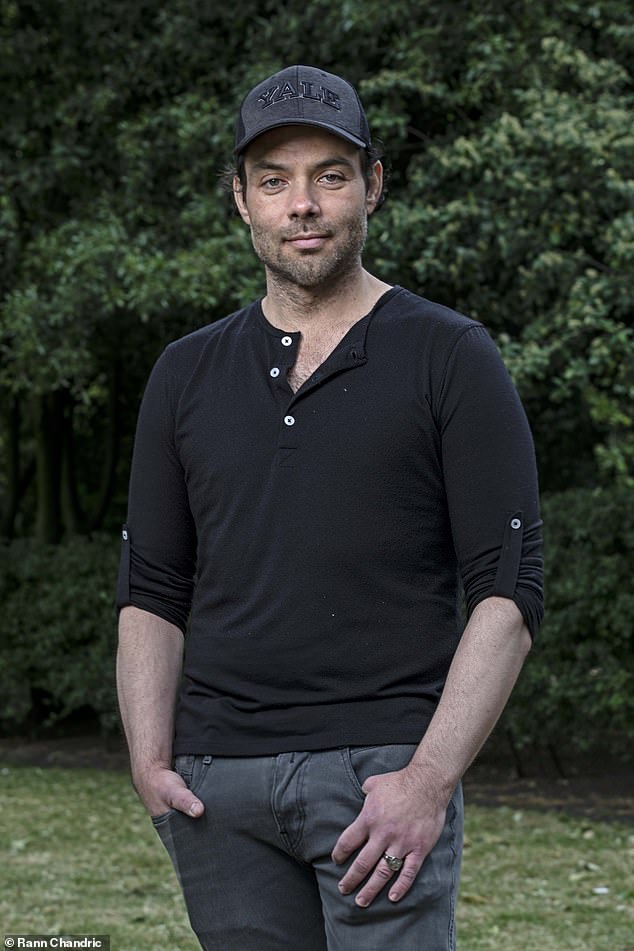 Lawyer Jason Crowell (pictured), 42, who lives in London, has also decided to take part in the vaccine trials after losing a close friend to the coronavirus

‘The great advantage of challenge studies is you are not dependent on the virus circulating naturally in the community,’ says Professor Andrew Easton, a virologist at Warwick University. ‘You know everybody involved has been exposed to the virus and most will become infected, so it will produce meaningful results much more quickly.’

Recently, drug firm AstraZeneca — which is making the vaccine being tested at Oxford University — announced plans to run major trials in Brazil, where Covid-19 infection rates are still soaring, because numbers affected in Europe are falling to the point where it is becoming difficult to study the vaccine’s effectiveness. But that will still take time.

According to 1 Day Sooner, which is made up of individuals from law, science and research backgrounds, reducing the time it takes to get a vaccine into circulation by just one day could save 7,120 lives globally. Cutting it by one week would save 55,000 lives.

Challenge studies have been used for decades to develop treatments for other deadly diseases such as malaria, flu, typhoid and cholera.

But Covid-19 is a new and highly unpredictable enemy, so the common perception has been that the risks with this particular virus are simply too great.

But some leading experts disagree. Dr Adair Richards, an associate professor from Warwick University, who lectures on ethics in scientific research, has drawn up guidelines that, he says, pave the way for challenge studies.

Covid explainer: A guide to why the virus causes certain symptoms

In about 3 per cent of people who catch coronavirus, one of the most obvious symptoms is conjunctivitis, or red eyes.

This develops when virus particles from an infected person get into the eyes, for example from a sneeze or a cough.

The virus irritates the conjunctiva, a thin, transparent membrane that covers the surface of the eye, causing it to become red and inflamed.

From here, the virus is able to penetrate the bloodstream and circulate around the body. Other viruses, such as cold or flu, can also cause this type of conjunctivitis, that can last for up to three weeks.

As this is caused by a virus there are no medicines for it, so treatment usually involves using a cold compress (cotton wool balls soaked in cooled boiled water), or taking an anti-inflammatory painkiller, such as ibuprofen.

Bacterial conjunctivitis, on the other hand, causes sticky eyes and responds well to over-the-counter antibiotic drops or ointment.

‘Speeding up vaccine development even by a few weeks could result in saving many lives,’ says Adair Richards. ‘Even though we cannot guarantee that all the trial volunteers would survive, it may be still be ethical to infect them.’

His views are supported by a group of UK and U.S. scientists, who wrote a joint letter published in the Journal of Infectious Diseases, calling for challenge studies to accelerate the vaccine search.

The letter said: ‘Challenging volunteers with this live virus risks inducing severe disease, possibly even death. But we argue that such studies could reduce the global burden of coronavirus-related mortality and morbidity.’

Even the World Health Organisation has been promoting the controversial research.

But it states the risks must be kept to a minimum, by selecting only healthy, young adults (typically aged between 18 to 30) and called for trials to be held in ‘specialised facilities’, with access to intensive care. Oscar, who heard about the trials via a podcast, is adamant that: ‘Nothing I read about Covid-19 challenge studies put me off.

‘I talked to my mum and dad about my decision and they were obviously a little concerned but very understanding,’ he adds. ‘I fully understand the dangers. But I’m still prepared to do it when the challenge trials start.’

Lawyer Jason Crowell, 42, who lives in London, volunteered after losing a close friend to the virus.

‘When I told my wife Cindy, I wanted to volunteer, her initial reaction was that I must be crazy but when we talked about it, she could see my reasons for doing so,’ says the father of five.

Professor Easton believes the volunteers will be called upon: ‘The impact of this virus is so severe that we could bypass some of the normal processes,’ he says. ‘We may well see challenge studies up and running soon in the UK.’

Any challenge tests must be approved first by an ethics board and the Medicine and Healthcare products Regulatory Agency (MHRA). The MHRA, which is responsible for regulating medicines, says human challenge trials ‘can be helpful’.

However, a spokesperson added: ‘The safety of participants is our top priority and any proposal to include a human infection would be considered on a benefit/ risk basis.’

Radiotherapy to fix a dodgy heartbeat? We meet the first man in Britain to...

Alfie Boe spotted on ‘date’ with blogger 21 years his junior...