BRITAIN is set to be hotter than the Bahamas as a 700 mile-wide “Misdummer melt” brings temperatures of 32C.

The Met Office has forecast lots of warm weather with 22C highs for Father’s Day and up to 32C for Midsummer’s Day on Wednesday. 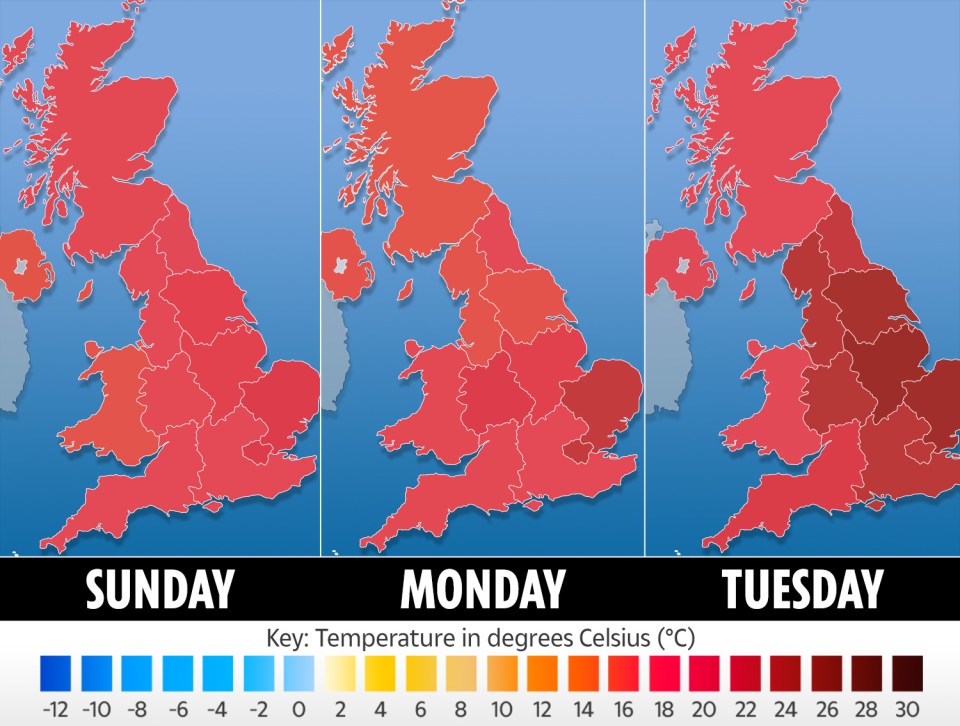 Temperatures above 30C have been forecast by MeteoGroup until Friday and even areas in the North are due to see 27C weather.

Britain will beat its hottest day of the year, the 28.9C on May 29 at Dawyck, Scottish Borders, and be hotter than 29C West End in Bahamas.

Ex-BBC and Met Office forecaster John Hammond of weathertrending said: “Midsummer heat and the hottest spell of the year so far is forecast, thanks to southerly winds and air from sub-tropical latitudes.

“Most will have fine and warm weather, with heat peaking from midweek onwards.”

A weather map showes a 700-mile wide plume of subtropical and continental air bringing the sizzle.

Most areas will be dry and sunny from now, but the North-West faces some showers.

“A fine, very warm spell is likely and it will probably turn hot,” said a Met Office forecaster.

most read in news


Quarantine-free hols to 10 hotspots including Spain, Greece & AUSTRALIA in days


Dad, 27, and girlfriend, 31, are charged over the death of his six-year-old son

“But northwestern parts will probably stay more unsettled, with temperatures nearer to normal.”

The Weather Outlook forecaster Brian Gaze added: “June has been flaming wet – but will switch to flaming hot. 32C is expected by midweek.”