PRESIDENT Donald Trump has again claimed that China might have spread coronavirus on purpose — to cripple the US economy.

Trump told The Wall Street Journal in an interview published on Thursday that China saw the US economy was “blowing them away” and believes they may have decided to take action.

“They’re saying, man, we’re in a mess. The United States is killing us,” Trump said of China

“Don’t forget, my economy during the last year and a half was blowing them away. And the reason is the tariffs,” the president continued.

Trump said he didn’t have any intelligence to support his claim, but said he sensed it — but noted he thinks the outbreak was more likely a mistake.

He said of the idea Beijing might have let the virus spread outside of China: “I don’t think they would do that. But you never know. But it has had an impact.”

Trump is pictured here with Xi Jinping, the president of China, in June 2019[/caption]

Wuhan, China, was the epicenter of the world’s coronavirus outbreak.

In recent months, Trump has alleged that China released COVID-19 from a lab on accident, and has claimed he’s seen evidence to support that theory.

“It’s a terrible thing that happened,” he said in April. “Whether they made a mistake or whether it started off as a mistake and then they made another one, or did somebody do something on purpose.”

His remarks at the time came as the Office of the Director of National Intelligence announced the novel coronavirus was “not manmade or genetically modified.”

Trump has repeatedly said he thinks coronavirus was manmade[/caption]

“The [Intelligence Community] will continue to rigorously examine emerging information and intelligence to determine whether the outbreak began through contact with infected animals or if it was the result of an accident at a laboratory in Wuhan.”

The office’s statement noted their determination “also concurs with the wide scientific consensus.”

Scientists have suggested the likeliest origin of the pandemic remains natural — that it spread from an infected animal to a human.

Last month, Wuhan, located in the Hubei province, reported a surge in new cases after testing its 11million residents.

Trump told the Journal if that happened in the US, he wouldn’t try to test the entire population.

“I personally think testing is overrated, even though I created the greatest testing machine in history,” Trump said.

He added that, he believes “in many ways, [testing] makes us look bad.”

And as for face masks, Trump said his issue with them is that people play around with them.

The Department of Labor on Thursday reported that another one million people filed for unemployment as businesses have shut down amid the pandemic. 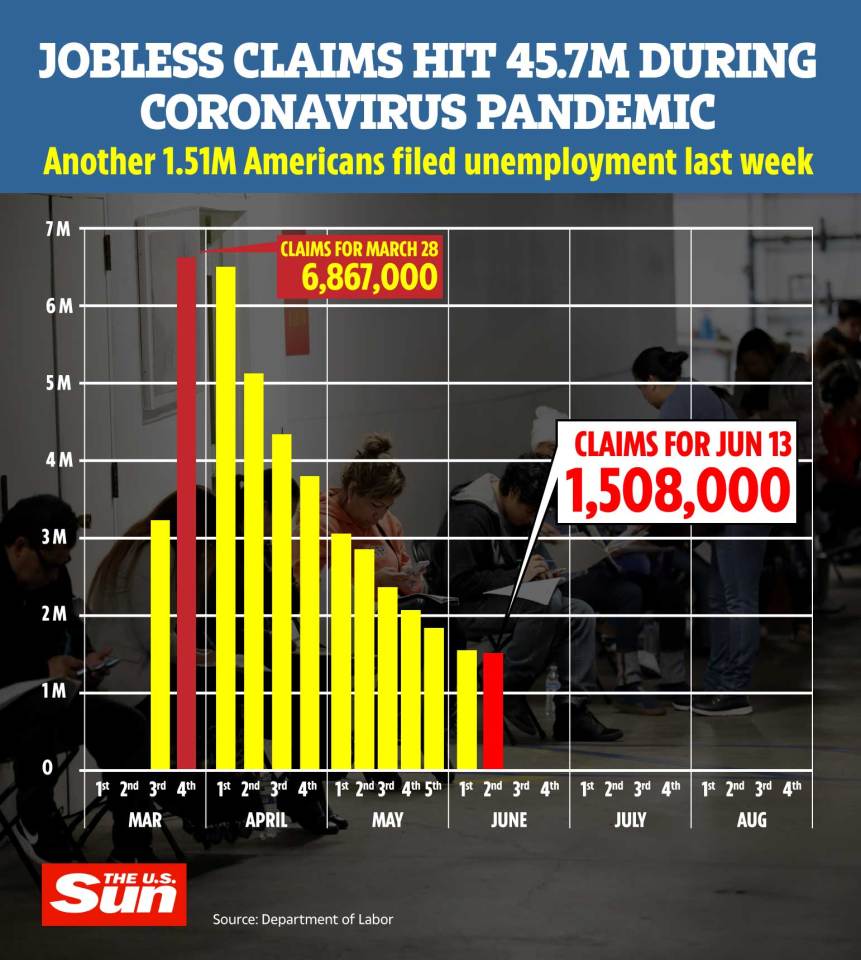 Trump declined to say whether he believed the unemployment rate of 13.3 percent, but did say it could drop by Election Day later this year.

“We will have created a lot of jobs prior to November 3,” Trump said. “I expect a tremendous increase in [gross domestic product.] And we’ll be heading for the top. We’ll be back.”

Additionally, Trump told the Journal that if re-elected to office, his second term would focus on creating “a really strong, powerful economy.”

Despite the virus and the lack of a cure or vaccine, Trump pushed for governors to reopen their local economies as the economy worsened.

Some states across the US, including Florida, Arizona, and Texas, have been reporting their highest infection numbers to date.

Am I proof that some people will never be immune to Covid-19?

Will London go back into lockdown?