Half a billion infections of the novel coronavirus were prevented worldwide from lockdowns, a new study finds.

Researchers found that stay-at-home orders, business shutdowns and school closures prevented up to 60 million infections in the US alone.

Additionally, the guidelines helped avert 470 million more cases from cropping up across Asia and Europe.

Several American politicians argued that these shutdowns would wreck havoc on the economy, resulting in million of job losses and tanking stock markets.

But the team, from the University of California, Berkeley, says the findings show the policies were imperative to preventing the spread of the virus. 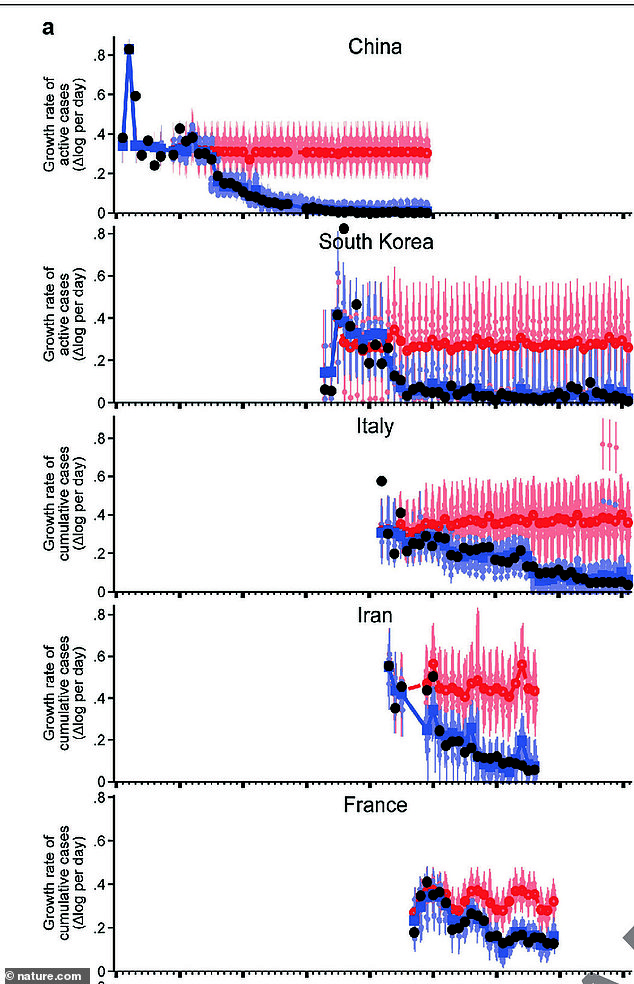 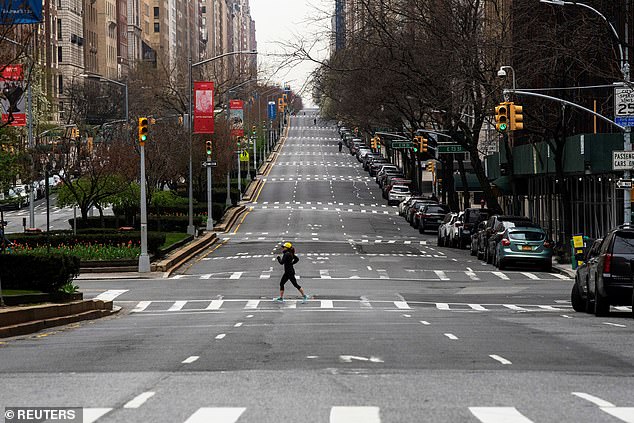 It comes as second study from Imperial College London found that lockdowns prevented 3.1 millions deaths in Europe. Pictured: A woman crosses the empty of street Park Avenue in Manhattan, April 5

For the study, published in the journal Nature, the team looked at interventions such as school closures, stay at home orders and lockdowns in five countries.

They included China – where the virus originated – South Korea, Iran, Italy, France, and the US.

Researchers found that so-called ‘anti-contagion policies’ significantly helped reduce the number of coronavirus cases in each of the six counties.

In the US, such action prevented an addition 60 million people from contracting COVID-19, the disease caused by the new virus.

‘In the absence of policy actions, we estimate that early infections of COVID-19 exhibit exponential growth rates of roughly 38 [percent] per day,’ the authors wrote.

‘We estimate that across these six countries, interventions prevented or delayed on the order of 62 million confirmed cases, corresponding to averting roughly 530 million total infections.’

Results shows that if restrictions hadn’t been put in place, other countries would have also been hit much harder.

‘Societies around the world are weighing whether the health benefits of anti-contagion policies are worth their social and economic costs,’ the team wrote. T 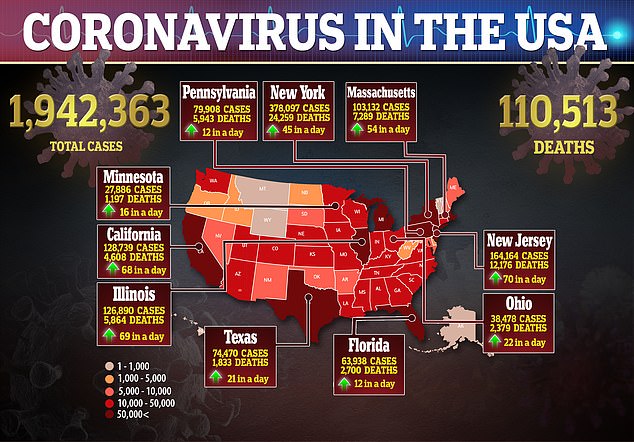 Also published in Nature, the team looked at data from 11 countries on the continent, including the UK, Italy, Spain and Germany, from March 2, 2020 to May 4, 2020.

They looked at how fatalities corresponded with non-pharmaceutical interventions such as school closures and national lockdowns.

‘This data suggests that without any interventions, such as lockdown and school closures, there could have been many more deaths from COVID-19,’ said Dr Samir Bhatt, study author from the MRC Centre for Global Infectious Disease Analysis, Jameel Institute at Imperial College London. 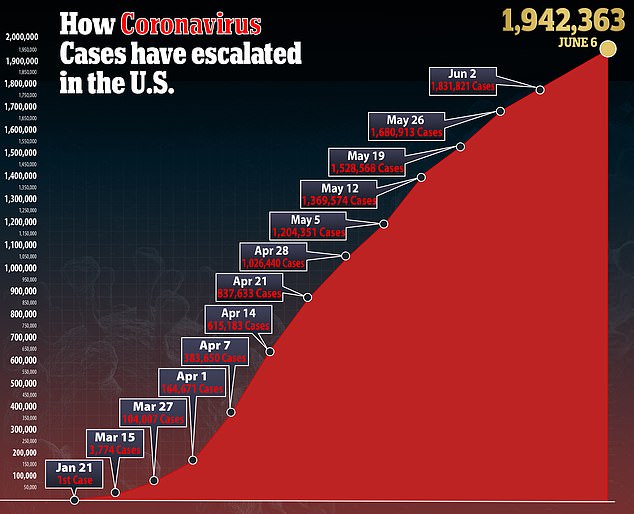 Nearly 40% of critically ill coronavirus patients in the US die

Steph McGovern hit with 'brutal' reply from partner after she complains...

How to live longer: The seven steps you should take to...