A DEVASTATED dad wept on Father’s Day as he laid a cuddly toy for each of his three kids killed in a house fire.

Alex Gibson, 41, placed a Tigger, a Rangers bear and a unicorn for daughter Fiona, 12, and sons Alexander, eight, and five-year-old Philip at the scene of the tragedy in Paisley.

Tragic mum Julie Daley, 39, was still fighting for life in hospital on Sunday night after being pulled unconscious from the family’s flat on Friday.

And mum Julie was told her three kids had died in a house fire by a doctor battling to save her life, a relative has said.

The medic delivered the shattering news as the stricken parent, 39, was treated in hospital from injuries she sust- ained in Friday night’s inferno.

Her three children all lost their lives after the fierce blaze swept through the family’s Paisley home.

Their dad is believed to have been out buying treats for them only to return to find their first-floor flat in flames.

One of Julie’s loved ones has told how the distraught mother remains severely ill in the town’s Royal Alexandra Hospital.

He said: “She’s still in intensive care. A doctor told her the children had passed away. We have no more news than that.

“We’ve not been told anything by the fire brigade or the police other than that the fire is being investigated.”

On Sunday around a dozen heartbroken family members arrived at the scene to read dozens of floral tributes left by locals.

Alex was taken within the cordon by two police family liaison officers.

He walked up the stairs of the gutted property to leave three cuddly toys on the steps. But grief overwhelmed him as he read messages on cards and flowers from the shocked community.

Alex had left home to visit an Esso Tesco Express just minutes away when the inferno took hold.

Speaking at the scene on Sunday, his uncle — who did not want to be named — told how the tragedy had hit the close-knit family hard.

He said: “It’s very hard for everybody. This is your worst nightmare.

“There are other children in the family of similar age. How do you explain that to them? They’re not an age that they really understand.

“The immediate family can hardly see five feet in front of them just now because of tears.”

Locals had told how they watched in terror as mercy crews pulled schoolchildren Fiona, Alexander and Philip from the blazing building.

They said paramedics treated one of the youngsters at the roadside before they were rushed to the Queen Elizabeth University Hospital in Glasgow.

But medics there were unable to revive the tragic siblings and all three passed away.

It’s very hard for everybody. This is your worst nightmare.

The Scottish Sun on Sunday told how heartbroken Alex had earlier paid tribute to his kids on Facebook.

He wrote: “How I miss them already. Now I know what it feels like when your world comes crashing down. Rest in peace little angels.”

Neighbours said the trio — who had been off school during the coronavirus lockdown — had been happily playing in their garden and on a bouncy castle in the days before their deaths.

Joseph McKinlay, 31, who lives next door to the Gibsons, said: “I was almost asleep when I heard people shouting in the street. 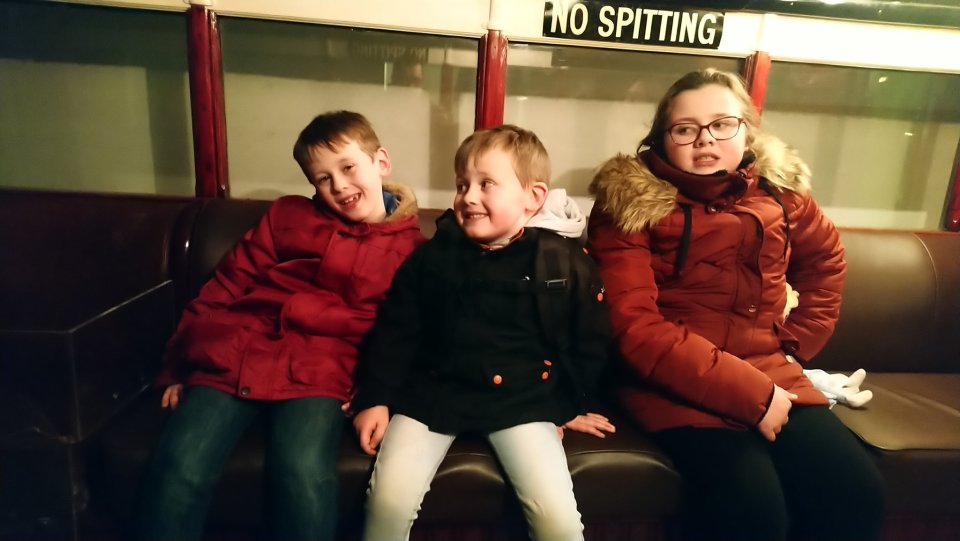 “I wasn’t entirely sure what was happening until I looked out the window in my hall. It looks directly into those front windows. There were flames belching out of the front window, which is now blacked out and smashed.”

Describing how he spotted paramedics working on one of the kids following the 999 alert around 9pm, retail worker Joseph said: “I couldn’t watch. It’s not a nice thing to watch.

“It didn’t look good at all.

“It all happened really fast. It was horrific. I’m in shock.”

Most Read in News


Boris Johnson to confirm Brits can enjoy pubs, haircuts and holidays from July 4


Terror suspect's 'brother' claims he was 'defending himself' & UK's 'racist'

Forensic officers in white suits were seen examining the interior of the burned-out flat on Saturday as police and fire service experts began a probe.

The street remained taped off on Sunday night.

First Minister Nicola Sturgeon also told of her anguish over the deaths.

She said in a tweet: “No words are enough. It’s just heartbreaking.

“My thoughts are with all who loved these poor children. Fiona, Alexander and Philip — may you rest in peace.”

It’s understood detectives believe the fire was not started maliciously.

Back pain: Two of the best exercises to relieve pain felt in the lower...