New Jersey mother-of-two, 32, is forced to live with her INTESTINES outside of her body after being shot in the stomach at a nightclub

A New Jersey woman has been living with her intestines outside of her stomach after being caught in the crossfires of a nightclub shooting.

Takieyah Reaves, 32, from Newark, was shot in the stomach and in the right leg during the horrendous incident in July 2017, reported Metro.

The bullets shattered her abdomen, remarkably missing every organ inside, but permanently damaging her stomach wall.

Surgeons were able to stitch part of her stomach back together, but they were unable to fully close it until it heals due to the size of her wound.

Because of this, Reaves, a mother-of-two, has had to live with a large hole in her stomach and with her small and large intestines on display. 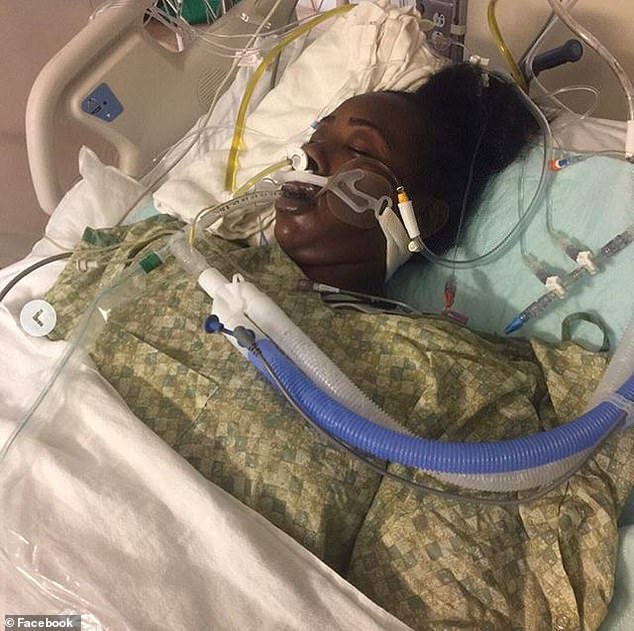 Takieyah Reaves, 32, from Newark, New Jersey, was shot in the stomach and in the right leg outside of a nightclub in July 2017. Pictured: Reaves in the hospital after being shot

Reaves’ stomach wall was permanently damaged and, although doctors were able to stitch part of her stomach together, it needed to time to heal. For the last three years, Reaves has been living with a temporary stomach lining and her intestines outside of her abdomen (left and right)

Reaves told Metro that she was right outside the door of Boulevard Nightclub when she was shot.

She said she collapsed immediately and the last thing she remembers is her friend telling her to keep her eyes open.

Doctors didn’t expect her to make it out of surgery alive and told her family to prepare for the worst.

‘I wasn’t supposed to make it out of hospital alive, my family were told to say their goodbyes,’ Reaves told Metro.

‘I am so grateful to still be here and be given a second chance at life, but I can’t help feeling depressed by how I looked.’

The mother-of-two said she was so distraught by the new appearance of her stomach that she always kept her body clothed.

‘I kept my stomach hidden from everyone for a long time, even from my kids. I was so depressed by my body, I had scars all over and I hated it,’ Reaves said.

‘I just wanted to curl up in a ball and hide and I was scared to go outside because of guns on the street. I also didn’t want anyone to see my body so I found it hard to live my life as normal.

She says that she often gets asked if she is pregnant or how many months along she is, leaving her have to explain her situation.

Reaves has undergone seven surgeries since the shooting, with doctors eventually crafting a temporary stomach lining so her body can heal. 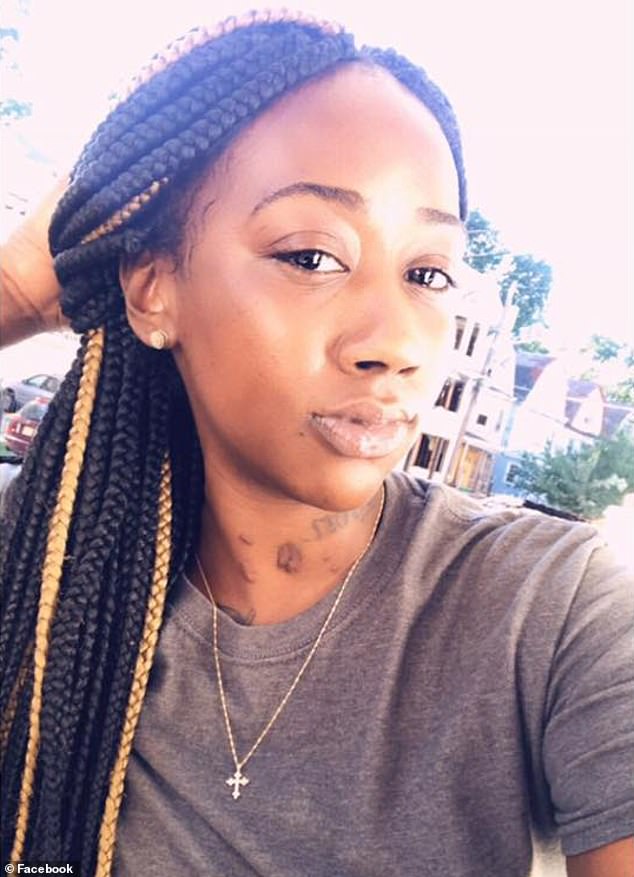 Reaves (pictured), who is currently in college studying criminal justice, is having surgery on June 23 to close her stomach permanently 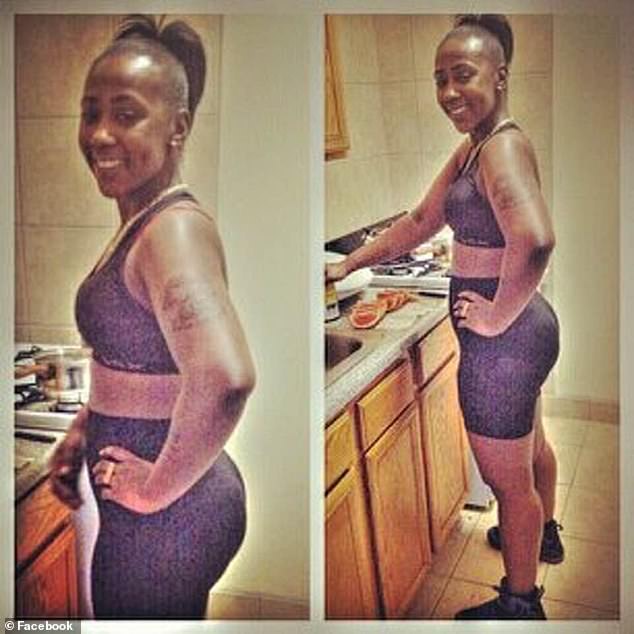 Because the injury was so large, it took nearly three years to fully mend.

On June 23, Reaves hopes she will be undergoing her final surgery to have her stomach permanently closed up.

She recently went back to college and is currently at Rutgers University, studying in the School of Criminal Justice.

Reaves also founded the non-profit organization Bullets 4 Life NJ, which focuses on getting guns off the streets.

‘I am completely against guns being legal. I want to see them taken off the streets completely,’ she told Metro.

‘When I finish in college I want to work within the criminal justice system and I want to go in to schools to educate kids on how to stay safe and to raise awareness of the effects of gun crime.’

I found out my godfather was really my dad due to an Amazon review – he was a sperm donor who fathered hundreds of...

Gemma Collins plans to build a gem-encrusted pink palace in Essex with a helipad...

Tesla's 'Battery Day' is here. This is watch out for