NHS staff should be tested twice a week for coronavirus to ‘regain public confidence’, the president of the Royal College of Surgeons said today, as hospital bosses said they were still waiting for clarity from ministers on how regular testing will work.

Professor Derek Alderson said patients needed to be reassured that staff were not unwittingly carrying the virus, and that because tests can produce false negatives it was essential to carry them out frequently.

Hospital trust chiefs are yet to decide on testing regimes because they say they need clarify from the government, while the Department for Health and Social Care said it is currently focused on care homes. 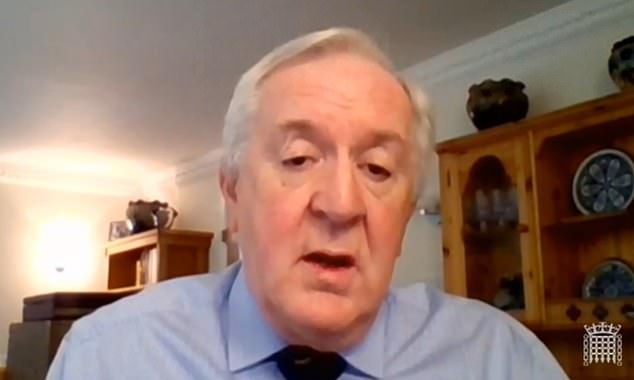 Professor Derek Alderson (pictured yesterday) said patients needed to be reassured that staff were not unwittingly carrying the virus, and that because tests can produce false negatives it was essential to carry them out frequently

[It would be] ‘pragmatic’ [for testing to happen] ‘about twice weekly.’

Around 30% of infections could be missed by a single swab test, according to research from the University of Bristol.

Professor Nicola Stonehouse, a virologist at the University of Leeds, told the BBC it was ‘essential’ to have multiple tests both due to their unreliability and because a patient could be ‘fine one day and infected the next’.

A pilot scheme for testing staff was introduced across 11 hospital trusts more than a month ago, but Saffron Cordery, deputy chief executive of NHS Providers, who represents hospital bosses, said she had ‘no idea’ when it would be rolled out.

It came as scientists hailed a ‘game-changing’ blood test that may be able to spot 98 percent of cases – even those without symptoms.

Studies show that up to eight in ten cases are so mild that sufferers barely notice they are ill – and therefore will not know they have potential immunity. 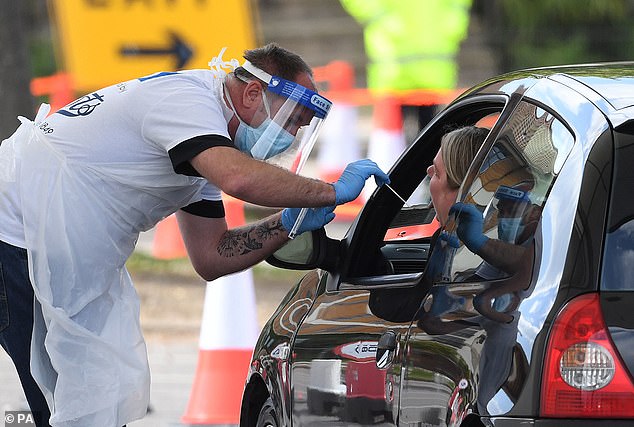 Birmingham University’s test will put these ‘hidden’ victims on the radar – with huge implications for firms, families and schools. It works by checking for antibodies produced by the immune system when Covid-19 invades cells using its surface ‘spikes’.

By doing so the test picks up many more cases. The researchers say mild victims react to the ‘spikes’, while severe cases seem to react to the virus’s main body.

Alex Richter, of the Institute of Immunology at Birmingham, said the results were based on studies involving 1,000 NHS workers.

She added: ‘We have found that detecting antibodies in people that have been very sick in hospital is quite straightforward, however, it seems that if you have a milder or asymptomatic illness your response may be weaker in existing protein tests.

‘In our test, we are using the correctly folded form of the spike protein, which is the protein the virus uses to binds to cells in the first place. We are getting 98 per cent sensitivity and that is a game changer for testing in the community and for other countries.’ The test, which will be launched next month, relies on the ‘heel prick’ method used for newborns.

Patients could be asked to prick their finger at home and send a dried blood spot card to a laboratory for testing. Dr Richter said this method was as accurate at detecting virus immunity as using blood drawn directly from veins. 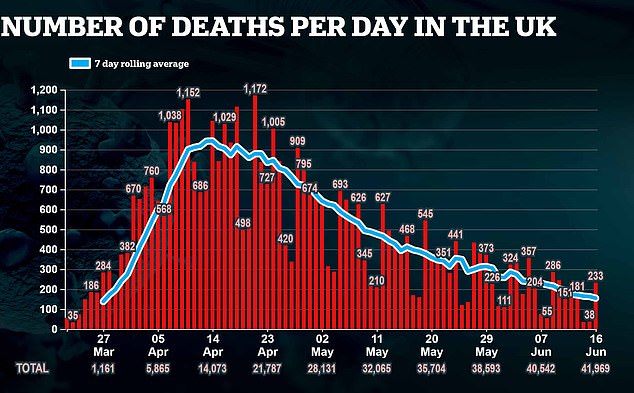 In another positive development, Health Secretary Matt Hancock welcomed the use of a steroid called dexamethasone for treating coronavirus patients as the best news so far of the outbreak.

Trial results announced on Tuesday showed dexamethasone, which is used to reduce inflammation in other diseases such as arthritis, reduced death rates by around a third among the most severely ill COVID-19 patients admitted to hospital.

‘It does increase your chances of survival quite significantly,’ Health Secretary Matt Hancock told Sky News. ‘It is one of the best pieces of news we’ve had through this whole crisis.’

He said that the R-rate was below 1 in all regions but did not clarify if he was speaking about England or the entire United Kingdom.

Yesterday, Britain announced 233 more Covid-19 deaths as the outbreak that threw the UK into chaos when it spiralled out of control in March continues to fade.

Department of Health figures say the official final number of victims is now 41,969 — but separate data shows the actual number of fatalities is in the region of 53,000.

London’s Tower Bridge is stuck open leaving motorists ‘stuck for an hour’ as it...