Biotech firm Moderna’s coronavirus vaccine has an ’80 to 90% chance’ of FDA approval, claims CEO as they head into the first large US human trial of 30,000 people in July

The CEO of one of the first companies to start human trials for its coronavirus vaccine says it has a very high chance of hitting the US market.

Only about one-third of new inoculations get approval from the US Food and Drug Administration (FDA), meaning many never see the light of day after final-stage testing.

But Moderna Therapeutics’ chief executive, Stephane Bancel, told CNBC he thinks the jab his scientists are working on has an 80 percent to 90 percent chance of being approved. 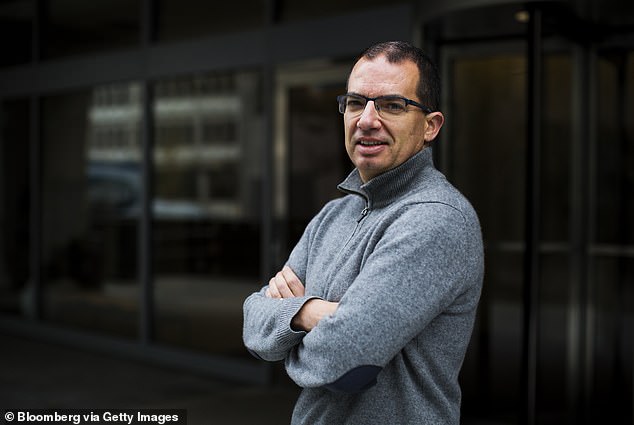 Stephen Bancel (pictured), the CEO of Moderna Therapeutics, believes the company’s coronavirus vaccine has an 80% to 90% chance of being approved by the FDA 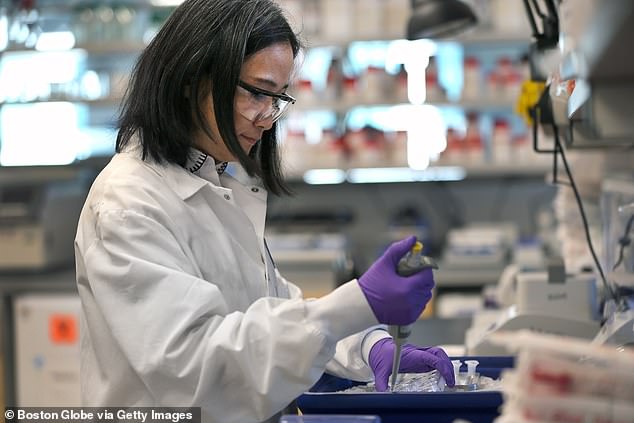 The company is planning to enter Phase III of its clinical trials, enrolling 30,000 people, in July, the first to do so in the US. Pictured: Scientist Xinhua Yan works in the lab at Moderna in Cambridge, Massachusetts, on February 28

‘We know our platform,’ Bancel told the cable news network.

‘It works on MERS, Zika and [Cytomegalovirus] and so on. When you have the right sequence…you will get neutralizing antibodies.’

So far, Moderna’s vaccine has induced neutralizing antibodies in its human test subjects, albeit just eight, who received two doses.

In addition, the vaccine appear to be safe and well-tolerated, with just four of 600 experiencing adverse reactions.

Last week, the company said it has finalized protocols for its Phase III clinical trial of its COVID-19 vaccine beginning in July, the first in the US.

Researchers plans to immunize 30,000 people with either the vaccine, known as mRNA-1273 or a placebo.

The jab is a new type of technology that contains a section of messenger RNA that codes for the ‘S-protein’ that the virus uses to infect human cells.

After a person receives the injection, their cells make the protein. The body treats it like it’s the virus and fights against it.

This builds up an immune response in case a person ever actually becomes infected with the coronavirus.

Bancel told CNBC this separates the vaccine from competitors that are using dead strains of the virus so the body can recognize it if a person catches the illness.

Moderna started manufacturing doses for phase II trials before phase I was even finished.

And while critics may say this poses a safety risk, Bancel insists it’s no more than a business risk. 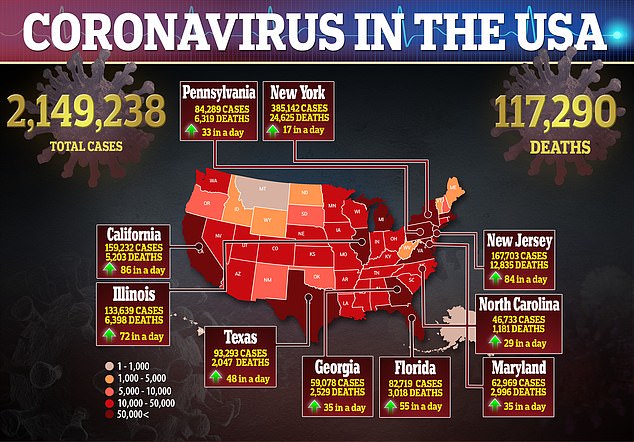 ‘Neither us nor [the National Institute of Allergy and Infectious Diseases] nor FDA was willing to take a safety risk,’ Bancel said.

Moderna, of course, is not the only manufacturer cruising ahead. Oxford University and its partner, AstraZeneca, are expected to start their large efficacy trial in August.

Meanwhile, Johnson & Johnson plans to begin human clinical trials in September and hopes to have doses ready by early next year.

Additionally, five vaccine candidates in China, including one made by SinoVac, have reached human testing stages as well. 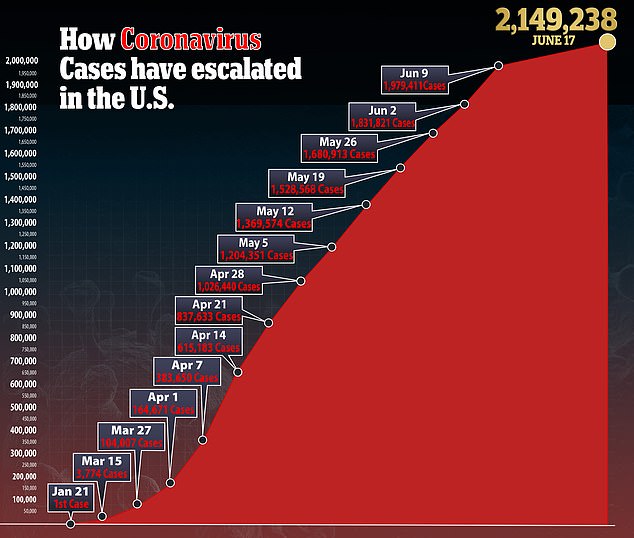