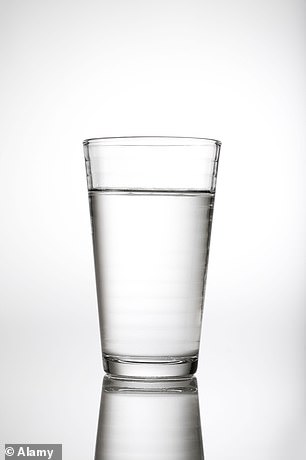 The optimist sees the glass as half-full, focusing on what is actually there

Are you a glass half-full or a glass half-empty person? It’s a question used as a litmus test to determine a person’s world view.

Now new research from University College London suggests a rather alarming consequence of those who hold downbeat views as a norm.

While severe depression can ruin lives, there are many people who, while not clinically depressed, endure an existence blighted by negative thinking.

Their ‘mild’ symptoms mean they are unlikely ever to be referred to a psychiatrist or receive medication, but that shouldn’t mean we dismiss the shadows that can permeate their every waking moment.

This state of being is known as ‘dysthymia’ — persistent low mood, little interest in life, a sense of unfulfillment and lack of productivity.

It tends not to interfere with daily functioning in the way that clinical depression does, but it can drain energy and make an individual less focused on what matters.

Sufferers are often viewed as ‘a bit grumpy’ or ‘miserable’ — the Eeyore’s of life if you like — but it’s more serious than that.

A study published this week concluded that having constant negative thoughts over a prolonged period may increase the risk of developing dementia.

Further, the scientists, whose work was supported by the Alzheimer’s Society, found potential physical evidence for why this might be: deposits of a harmful protein in the brain that we know are associated with problems with memory and thinking.

A fascinating piece of work — but one that also demonstrates the importance of addressing a persistent low mood.

I believe the most effective approach is cognitive behavioural therapy (CBT), which helps people challenge and change their negative thoughts and behaviours — and a form of therapy from which millions could benefit if only they had access.

All of us can feel down from time to time but if you find that your low mood has become the status quo and that you can’t throw it off, then be reassured: you don’t have to put up with it. Your GP can refer you for CBT but, in the meantime, here is my guide to challenging negative thoughts.

SEE The problem: Writing your worries down helps you understand what’s on your mind and dragging you down.

Given that a hallmark of negative thinking is hopelessness, now draw up another column alongside your perceived problem in which you detail your ideas and actions to help address it. 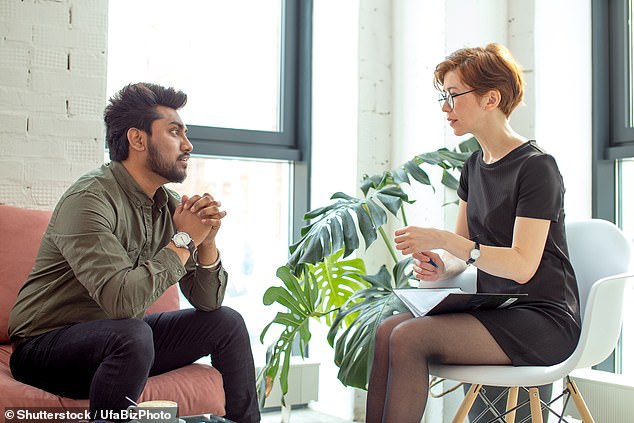 I believe the most effective approach is cognitive behavioural therapy (CBT), which helps people challenge and change their negative thoughts and behaviours

You might not be able to come up with a wholesale solution, but I guarantee it will make you feel more in control of the situation.

Challenge negativity: It grows, festers and can distort thoughts if left unchallenged. Write down three statements that help to counter your particular negative thoughts.

For example: ‘I am blaming myself for factors beyond my control’; ‘I refuse to always assume the worst will happen’; ‘I know my mind can play tricks on me so I will analyse my thoughts’.

Train yourself to think positively: This can take some practice so start small. As soon as you notice you’re having a negative thought, pause and think of three positive things to counter it.

So, if you’re served a meal you don’t like, focus on what’s good about it: having someone else cook for you, the pretty pattern on the plate and the delicious dessert you’ll have later.

Keep doing this and eventually the positive thoughts will come naturally — and drown out the negative ones.

End the day on an up: Each night, identify all the good things that happened. Over time, it will become a habit and your days will appear brighter and better.

Accept life is full of disappointments: We all face some hardships and setbacks. But what’s important is how you deal with them — accepting them and learning from them will reframe something negative into a positive and boost mental resilience. Yes, there will be times we wish we’d done things differently — but move on. As Doris Day once sang: Que sera, sera.

Courage that will conquer Covid-19

A few weeks ago I wrote about how scientists were planning to infect patients with the Covid-19 virus, in so called ‘challenge trials’ to accelerate the search for a vaccine.

Such trials are usually banned for ethical reasons but the World Health Organisation gave them the go-ahead because of this pandemic.

This week we met some of the brave volunteers in the Mail, including Oscar Tarpey, a 21-year-old insurance worker from Cheltenham and Jason Crowell, a 42-year-old lawyer from London.

What incredible courage they are displaying for the greater good.

How accurate are the Covid-19 death statistics? The belief that Britain has one of the worst death rates in Europe (42,288) is taken as fact. But the truth is we simply don’t know how many people have really died of coronavirus.

The UK’s method of recording such deaths is different to many other countries where only confirmed Covid-19 deaths are collated.

Indeed, Professor Karol Sikora, a leading oncologist, said this week that our figures might be a gross overestimate — by as much as 50 per cent.

He argues that British doctors have been overly keen to put ‘coronavirus’ on the death certificate when it might only be suspected as a cause.

Many medics are angry about Prof Sikora’s claim — and it is clear to me that politics is at play here. Some NHS staff want the statistics to appear as bad as possible in order to damage the Government. Such politics has no place in medicine.

Why our memory never wobbles riding a bike

We’re being urged to stay off public transport (to avoid coronavirus) and discouraged us from driving (polluting) cars, so like millions of others in lockdown, I decided to get on my bike — literally.

I haven’t ridden for about 25 years, but it’s true what they say: you never forget how to do it.

It got me thinking: why do I remember how to do this but have forgotten so many other things over the years — the languages I once studied or historical facts I memorised?

How certain memories stick in the brain and others disappear baffled neurologists for years. Then in 1953, a 27-year-old American called Henry Gustav Molaison offered some insight into what constitutes memory. 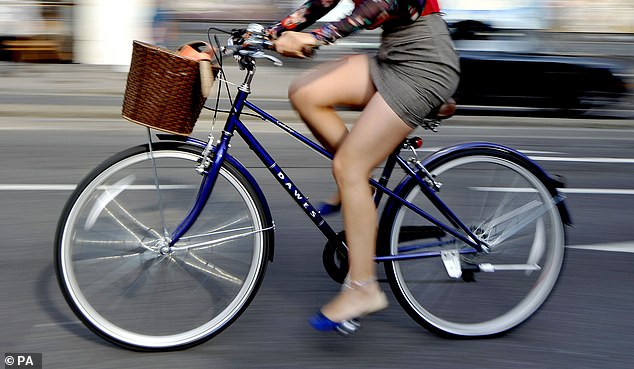 I haven’t ridden for about 25 years, but it’s true what they say: you never forget how to do it (file photo)

He had surgery to try to cure his epilepsy and it went badly wrong, damaging part of the brain where new memories form.

For the next 55 years, until his death in 2008, he lived in the permanent present. Each time he met a friend or ate a meal, it was as if for the first time. He had no ability to build memories and store them.

It’s been suggested that because procedural memory — such as learning to ride a bike — involves the basal ganglia, cells deep within the brain, they are possibly more protected from day-to-day damage. Other types of memory involve multiple parts of the brain that might be more vulnerable.

One of my dementia patients didn’t know what day of the week it was or, recognise her husband. And yet she could play Beethoven on the piano flawlessly. The human brain is truly remarkable.

If you’re concerned about the effects of deforestation around the globe, this is the app for you. Launched by London Business School students last year, Treeapp aims to plant (a very ambitious) one million trees every single day by 2022, by working with NGO partners in regions that are hardest hit. The idea is that sustainable businesses pay for the tree planting, and in exchange the app allows them to promote their products. It takes a few seconds each day and doesn’t cost you a penny. Available free to download on Google Play or Apple App store.