BOXING fans have called for Frank Bruno vs Mike Tyson III after Bruno showed off his incredible physique on social media.

Tyson, 53, is on the comeback trail and has been seen working hard in the gym in recent weeks, looking sharper and better than he has done for years.

But former world champ Bruno, who fought Iron Mike twice at the peak of his powers, has given the American a run for his money.

Fans’ favourite Bruno, 58, shared an impressive image of him punching a heavy bag while looking in lean condition with his back ripped and muscles bulging.

Legendary announcer Michael Buffer added: “Sir Frank is and always has been the gentleman’s gentleman.

“It’s always a thrill for me to see the huge fan reaction, the love, that he gets from the crowd when I introduce him in attendance at ringside!”

Sir Frank is and always has been the gentleman‘s gentleman. It’s always a thrill for me to see the huge fan reaction…The love…That he gets from the crowd when I introduce him in attendance at ringside! #LetsGetReadyToRumble ® @frankbrunoboxer

Inevitably, fans wondered if Bruno was himself looking to make a comeback.

The Londoner has not fought since losing his title to Tyson by third-round TKO in Las Vegas in 1996.

That bout with Tyson came seven years after a fifth-round TKO, also in Las Vegas, in a unification title fight in which Tyson was truly rocked for the first time in his career.

Now, 24 years after their last meeting, fans want to see a trilogy match.

Woodinho wrote: “Are you taking on Tyson again?!” 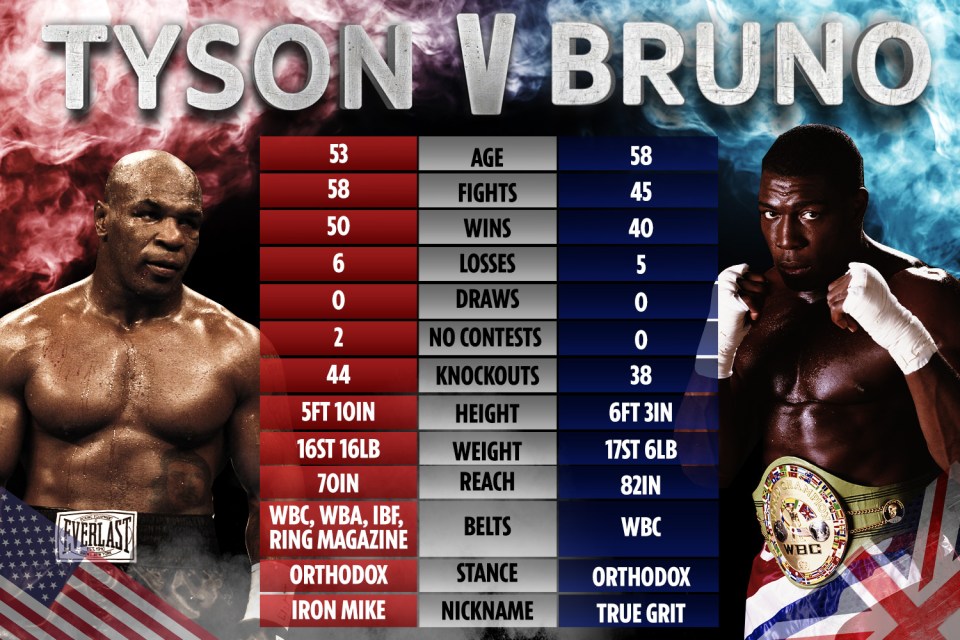 I KANYE BELIEVE IT

“A huge shock to see my old friend Willie Thorne has died,” he wrote.

“Not only a prolific snooker player but also a real character, we spent a number of years on different sporting TV programmes the last few years.

“He will be greatly missed by all that knew him.”

Who is Baimadajie Angwang? NYPD officer ‘arrested for spying for China’?

Seven in 10 American parents are radically changing their approach to...

The breakfast food that could stimulate hair growth and lower your...