DAVID DE GEA reportedly has until the end of the season to save his Manchester United career.

The Telegraph claims Ole Gunnar Solskjaer is considering ending the Spaniard’s nine-year Old Trafford spell after his huge blunder in the 1-1 draw at Spurs. 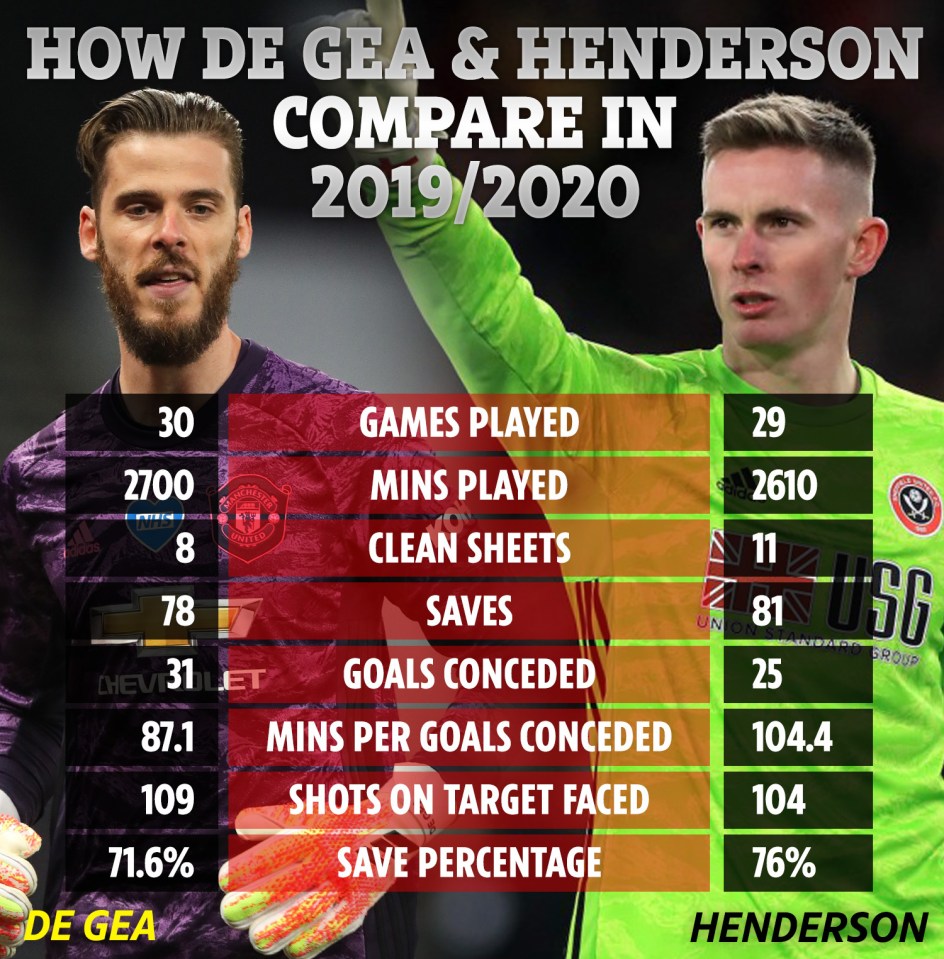 Stats show De Gea is the WORST goalkeeper in the Premier League this season.

And former United star Gary Neville believes the 29-year-old is not the same player he was years before.

Roy Keane also had some harsh words for De Gea after he failed to keep out a shot from Steven Bergwijn at the Tottenham Hotspur Stadium last week.

And De Gea is now believed to have just eight league games to salvage his United career.

The Spain international is under immense pressure from 23-year-old Dean Henderson, who has starred on loan at Sheffield United this term.

The Englishman has been superior in every department.

And Solskjaer is wondering whether to thrust Henderson into his starting XI for the 2020/21 campaign.

SunSport can exclusively reveal United have already offered a lucrative new contract to Henderson, who dreams of being England’s No1 at next summer’s Euro finals.

However, Chelsea are ready to sign him this summer and make him their new No1 ahead of Kepa Arrizabalaga.

Solskjaer now has a big decision to make as he risks losing one of United’s hottest prospects.

And De Gea may have to play out of his skin for the remainder of the season if he wants to continue his Old Trafford adventure past the next transfer window.

We Found the Sexiest Lingerie on the Internet

Beyond Meat pushes ahead with Chinese expansion despite pandemic

Lucifer season 5B theories: TWO Gods to be introduced as fans...