Homeless New Yorkers have been dying from the novel coronavirus at more than double the rate of the citywide population, a new report finds.

That’s a rate 61 percent higher than that of the general population, according to advocacy group Coalition for the Homeless.

Between March 1 through May 31, 86 homeless people have died of the highly-infectious disease in the Big Apple.

The pandemic has been particularly challenging for the homeless because they are unable to self-quarantine, cannot social distance in crowded shelters and less than adequate access to healthcare. 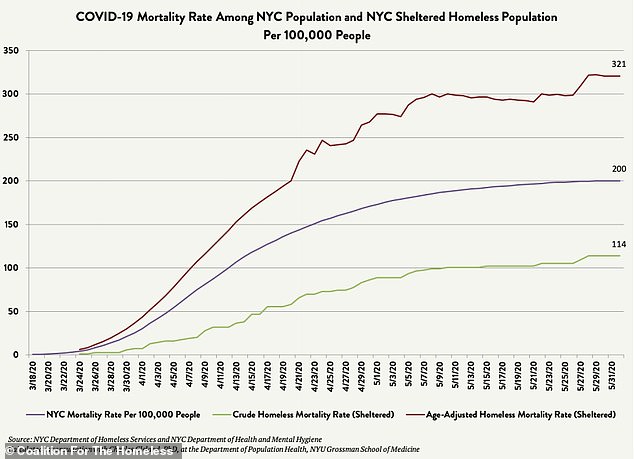 A new report found that coronavirus morality rate for homeless New Yorkers sleeping in shelters was 321 deaths per 100,000 people – 61% higher compared to the New York City average of 200 deaths from coronavirus per 100,000 (above) 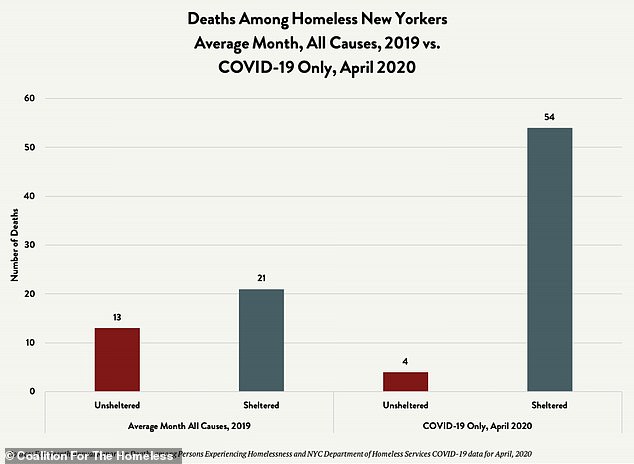 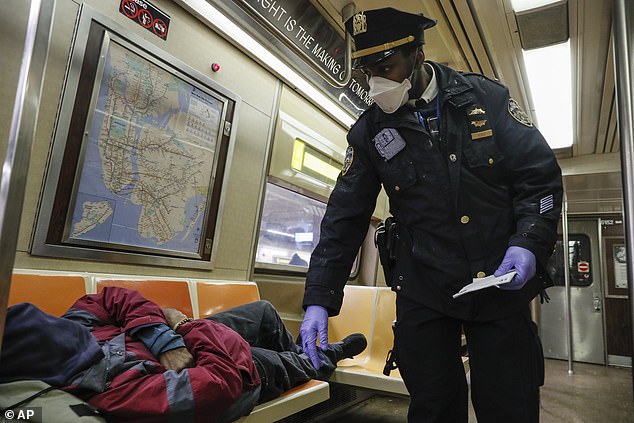 Between March 1 through May 31, 86 homeless people have died from COVID-19 in New York City. Pictured: NYPD officers wake up sleeping passengers and direct them to the exits at the 207th Street A-train station, April 30

They found that, as of June 1, the overall New York City mortality rate from COVID-19, the disease caused by the virus, was 200 deaths per 100,000 people.

However, for homeless New Yorkers living in shelters, the mortality rate was 321 deaths per 100,000 people – about 61 percent higher.

The report also found that just in April alone, 58 homeless New Yorkers died of COVID-19, 54 of whom were living in shelters.

By comparison, last year, about 34 homeless people died each month, including 21 in shelters.

This means April’s coronavirus deaths among New York’s homeless in shelters was 157 percent higher than the number of homeless deaths from all causes in 2019.

‘Government responses at every level have been far too slow to contain the spread of the new coronavirus, leading to chaos for those sleeping in shelters, on the streets, and on the subway,’ the authors of the report read.

Coalition for the Homeless said there are a number of reasons why the death rate has been higher for homeless New Yorkers.

This includes inability to socially distance at shelters, insufficient amounts of soap in bathroom to wash their hands and staff shortages that prevent shared spaces from being frequently cleaned.

Meanwhile, unsheltered homeless people face even greater challenges to stay safe due to a lack of access to cleaning supplies such as hand sanitizer and wipes.

The organization is asking the city for several policy changes to keep the homeless healthy.

This includes offering thousands of single-person hotel rooms for all homeless individuals, implementing free coronavirus testing, reversing the closure of the subways between 1am. and 5am and making sure all unsheltered homeless people have  access to basic hygiene supplies. 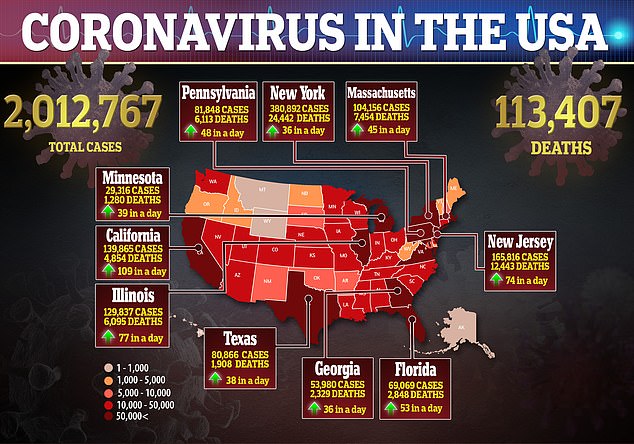 It comes not long after a report from the Centers for Disease Control and Prevention (CDC) found that 25 percent of homeless shelter residents tested positive for the coronavirus.

This includes residents’ head are at least six feet apart while sleeping and all residents wear masks or cloth face coverings.

The authors also recommend making sure all residents and staffers are tested, whether or not they have symptoms, at shelters where clusters have been identified 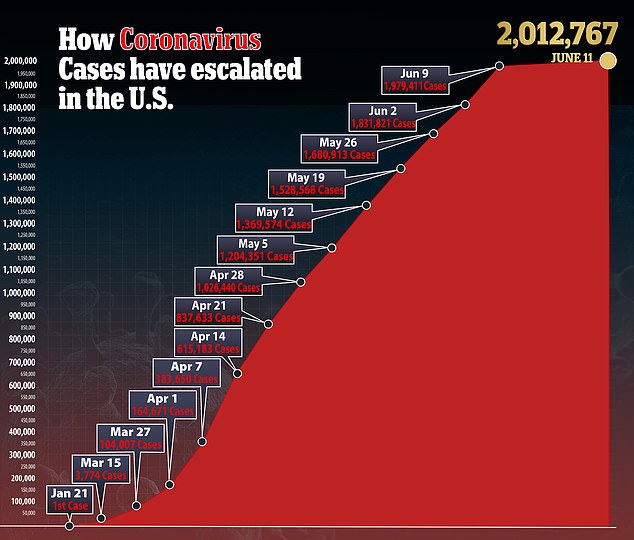 Teapot which almost went to a charity shop sells for £468,000 at auction

What is TikTok and how does the app work?

Google down! Chaos for workers as Hangouts, Drive and Gmail stop...