SAb Biotherapeutics, based in Sioux Falls, has genetically engineered the traditional  farm animal to give them immune cells from humans.

In turn, the cows produce antibodies against COVID-19, which is turned into a drug currently named SAB-185.

The drug can be used as a treatment for patients already infected with the virus or for immediate protection if a vaccine is not an option or available.

What’s more, the company is set to start human trials next month. 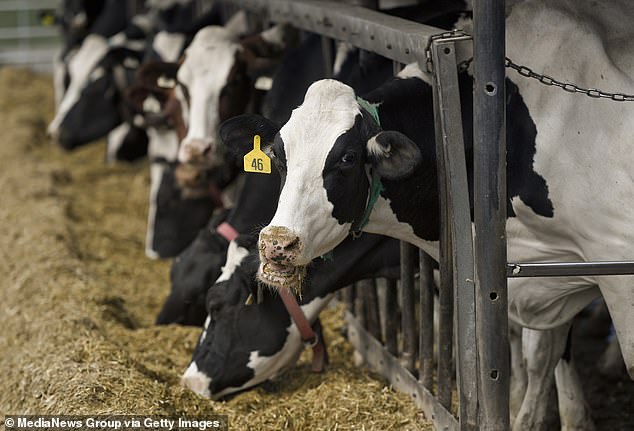 SAb Biotherapeutics, based in Sioux Falls, South Dakota, have genetically engineered cows to give them part-human immune systems to make antibodies against coronavirus (file image) 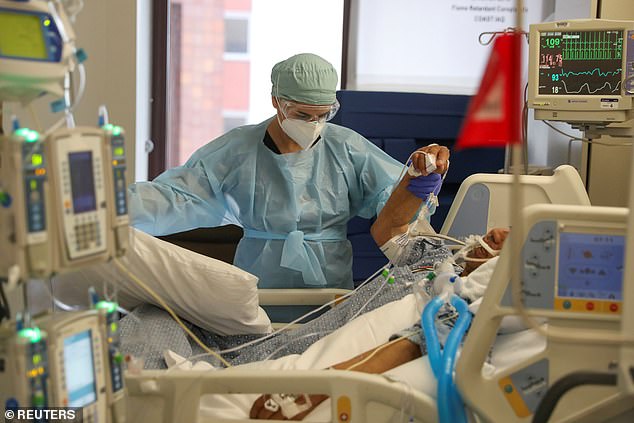 Scientists say cows produce twice as many per milliliter compared to humans and several different types, increasing the odds that one will be effective. Pictured: Dr Zafia Anklesaria, co-director of the ICU at CommonSpirit’s Dignity Health California Hospital Medical Center, attends to a COVID-19 patient, in Los Angeles, California, May 18

‘These animals are producing neutralizing antibodies that kill [the coronavirus] in the laboratory,’ Eddie Sullivan, CEO of SAB Biotherapeutics, told CNN in a statement.

‘We are eager to advance to the clinic as we move forward in the regulatory process with the hopes of bringing this potential COVID-19 therapeutic to patients in need of a solution.’

It’s currently unclear how many participants are being enrolled or how long the trials are expected to take.

Cows were the animal of choice because they produce large amounts of antibodies in their blood, twice as many per milliliter compared to humans.

They also produce a wide variety of antibodies, increasing the odds that at least one of them will work.

First, SAb took skin cells from cows and removed the genes that play a role in making the animal’s antibodies.

Next, the scientists inserted an artificial human gene that produced antibodies for humans.

DNA from those cells are then inserted into a cow egg, which is fertilized into an embryo so that hundreds of cows with part-human immune systems can be produced.

Prior to the pandemic, SAb had already completed a clinical trial with antibodies from cows to treat Middle East Respiratory Syndrome (MERS), a cousin of the new virus.

Results showed that the antibodies warded off the disease. 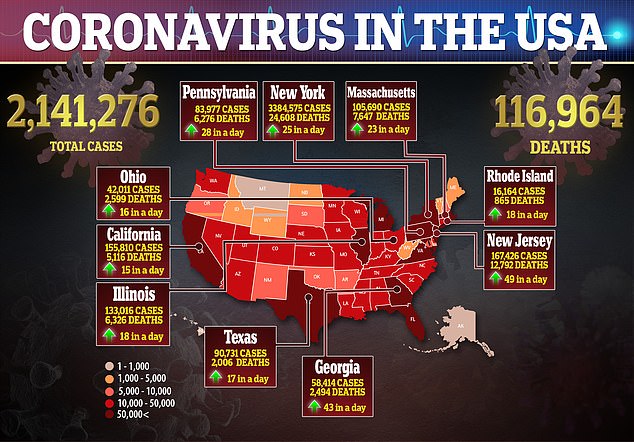 To test if it will do the same for COVID-19, the company has teamed up with Dr William Klimstra, an associate professor of immunology at the University of Pittsburgh.

Tests have so far been positive in animals infected with the virus, although it has not yet been peer-reviewed or published.

‘These data indicate this…antibody…has potent neutralizing activity against live SARS-CoV-2,’ he said in a press release.

‘We are still in the early stages of evaluating SAB-185, but the preliminary results are promising. My laboratory is conducting a series of studies to bring SAB-185 into clinical trials as soon as possible.’ 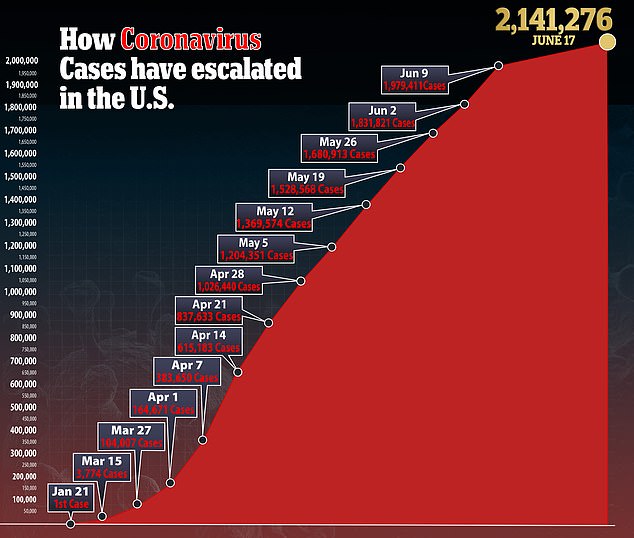 Is going to university worth the expense and student loan debt?