Coronavirus is capable of infecting cells in the human brain and multiplying, a new study suggests.

Researchers found once the virus entered neurons in the brains, it was able to increase its number of copies by ten-fold.

The team, from Johns Hopkins University, says the findings could lead to treatments that prevents the virus from multiplying or that crosses the blood-brain barrier, which protects the organ from infections. 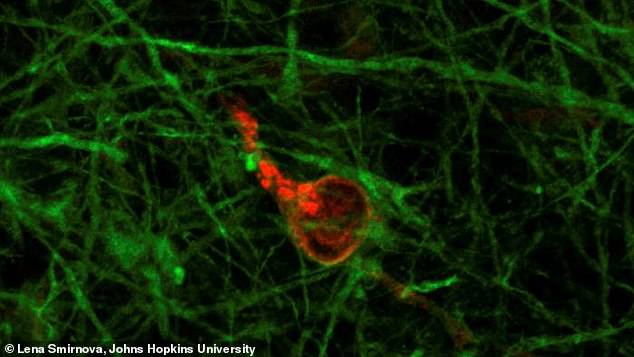 Within three days, the number of copies of the virus was 10 times greater than it had been at the start (pictured) 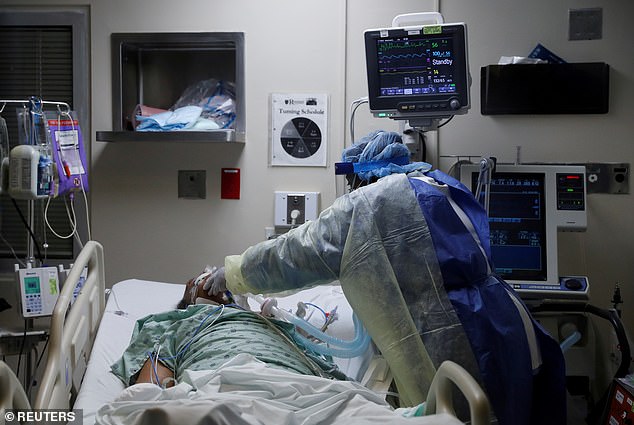 Researchers from Johns Hopkins University infected lab-grown ‘mini-brains’ with low levels of coronavirus to study the effects. Pictured: Paula Johnson, a registered nurse, administers a deep suction tube into the lungs of a coronavirus patient in the ICU of Roseland Community Hospital on Chicago, Illinois, April 22

‘It is really critical to know that our most precious organ can be directly affected by the virus, ‘ Dr Thomas Hartung, a professor at Johns Hopkins Bloomberg School of Public Health, told The Financial Times.

The effect of the coronavirus on the human brain – if any at all or how much – has been one of the most challenging questions for scientists to answer.

An April 2020 study from Wuhan, China – where the virus originated – found that about one-third of 214 patients had neurological problems.

This included strokes, aneurysms, dizziness and unconsciousness, and mostly in those who were severely ill.

Another report, from Spain, found that half of patients admitted to two hospitals in the country developed neurologic symptoms.

For the new study, being peer-reviewed in the journal Altex, the team added small amounts of the virus to lab-grown ‘mini-brains’.

Made of human cells, these miniature brain models are nearly invisible to the naked eye, but have mechanisms that mimic a typical human brain.

Results showed the virus infected the brains’ neurons through the typical pathway: ACE-2 receptors on the surface of cells.

The virus then began making copies of itself. In fact, in just three days, the number of copies was 10 times greater than it had been at the start, reported The Financial Times.

The researchers stress, however, that it’s not clear where the virus itself directly causes neurological problems or if they occur due to other bodily damage. 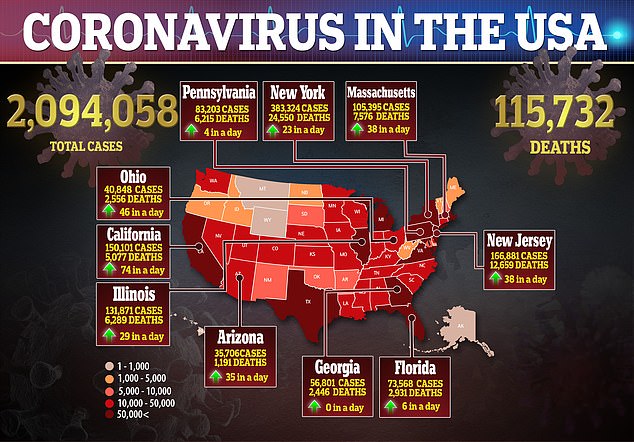 Additionally, it remains unclear if coronavirus is capable of breaching the blood-brain barrier, the tight walls of blood vessels that protect the organ.

‘To be very clear, we have no evidence that the virus produces developmental disorders,’ Dr Hartung told The Financial Times.

‘But clinicians need to know about this research, because it has consequences about [being] cautious and preventing infection during pregnancy.’

In the US, there are more than two million confirmed cases of the virus and more than 115,000 deaths. 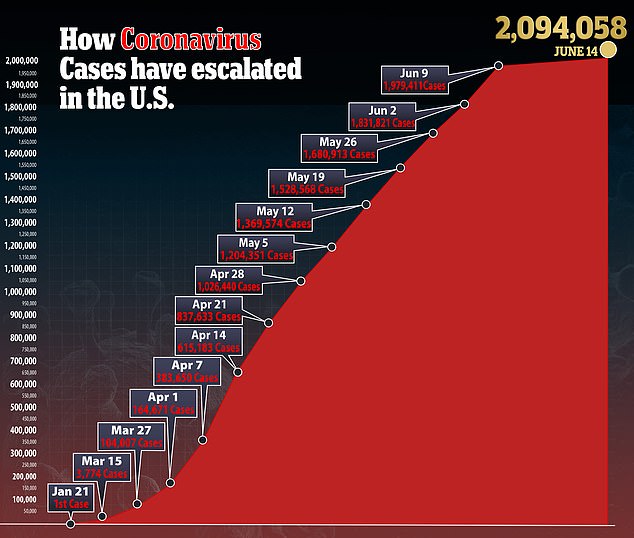 Meghan and Harry news: Pair likely to ‘spend next summer in UK’ as Duchess’...