THE FA Cup final is make or break for Mikel Arteta and his Arsenal side.

After a disappointing season where they finished 8th in the Premier League, the Gunners can still bag a trophy by defeating cross-London rivals Chelsea.

Can Arsenal still qualify for Europe if they lose FA Cup final?

Chelsea are already in the Champions League after finishing third in the top-flight – and could yet win this year’s competition when it resumes later in August.

One thing we know for sure – Arsenal WILL be in the Europa League next term if they can beat the Blues at the Home of Football.

With three English sides qualifying for the Europa League, either the Gunners or seventh-placed Wolves will join Spurs and Leicester in next season’s draw. 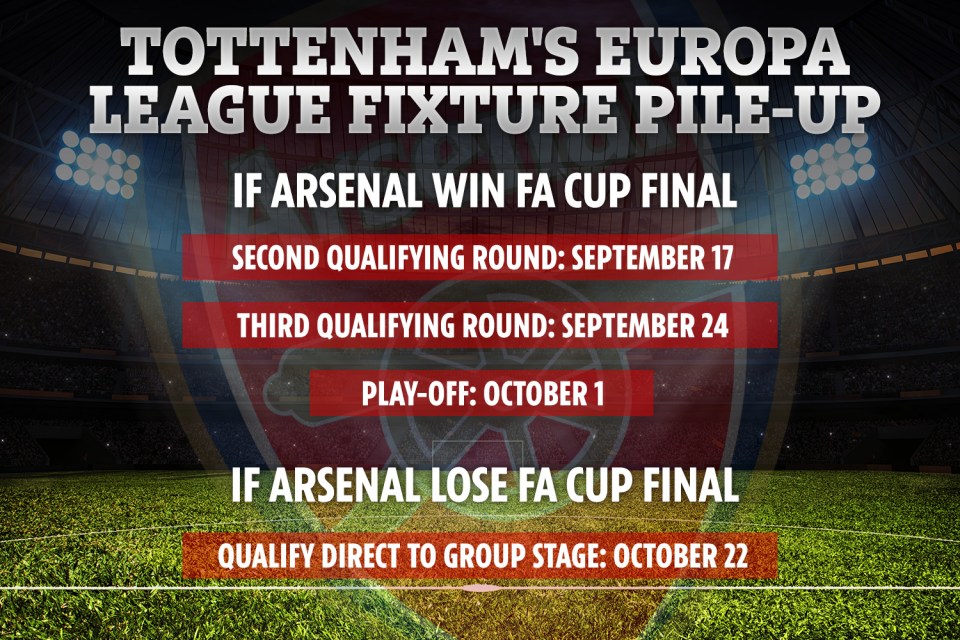 The team who wins the FA Cup or sixth-placed Tottenham are nominated to qualify directly to the group stage with the Foxes.

So an Arsenal victory at Wembley will knock Wolves out and relegate Spurs to the qualifier route, which begins on September 17, 2020.

Should Chelsea beat Arsenal in the FA Cup final, Wolves will qualify for the Europa League and enter at the second qualifying stage.

But if the Gunners lose, they will NOT be playing European football in the next campaign – even if Wolves win the Europa League this term.

If Nuno Santo’s side pulled that feat off, they’d qualifying for the 2020/21 Champions League, but that wouldn’t open up another EL place for a Premier League team.

Simply put, only an Arsenal win at Wembley will see them into Europe.

Most read in Sport

Coronavirus Scotland: Government could PAUSE resumption of football in Scotland over Bolingoli and Aberdeen breaches

When can I get my eyebrows done? Latest on waxing, threading and tinting